If you’ve been a writer for any period of time, you’ve likely encountered a desire to take real life and put it in your stories, or at the very least, allow reality to inspire your fiction.

One really practical way of doing this is to people watch.

I’m not going to waste time assuring you this isn’t strange or abnormal. We’re writers. We thrive on abnormal. Potentially strange looks you’ll receive aside, people watching is as simple as it sounds. You watch people. However, what you hope to gain from the experience may greatly vary.

This is the first post in a series about some of the different tools with which writers can equip themselves.

Here are three ways I like to people watch.

You could be wanting to observe the human nature…well, in nature.

See what peoples’ ticks and quirks are. How they move and walk, how they talk or smile or interact with the people around them. What happens to their posture when they stop to wait. How briskly or slowly they move depending on their purpose for that day.

This can be an almost scientific pursuit. Trying to determine the habits of these peculiar creatures we call humans. And then of course, upon collecting data about the pace, expressions, quirks and ticks, the only thing left to do is give them to a character to add that extra realism and depth. This works particularly well when, for example, you know your character is in a hurry, but you aren’t exactly sure how that would manifest. Sit on a street corner and watch for the people in suits carrying briefcases—you’ll know what ‘hurry’ looks like very quickly.

Perhaps the goal isn’t so scientific. Perhaps, you are people watching for the creative challenge of it.

You could be wanting to discover stories.

Perhaps you watch an old man preparing to cross a busy intersection. And gathering from his rumpled, but fashionable green tweed jacket, and the particular arch of his back as he rests on his cane, you see not just an old man, but a story waiting to be told. Why is he there alone? Does he have a wife? Family? Why is his suit rumpled? Who gave him his cane? Where is he going that he must cross at this particular intersection?

Perhaps his name is Albert and he’s lived in the city longer than the intersection has been around and today of all days his son has come to visit from out of town. What might their reunion be like? Could Albert’s suit be rumpled because he couldn’t care to press and steam it for his son? Where might Albert and this son of his be meeting? Is Albert late? Or maybe, extremely early?

Maybe his name isn’t Albert. Maybe its Charles the third. A title that doesn’t mean much here, but he clings to it, and whatever dignity he can grasp from his green tweed jacket. Maybe Charles the third walks this way everyday, not for any particular reason other than to occupy himself. For the apartment up the street offers little in the way of comfort and he has no reason to waste away in solitude. Yet here, on the busy street, does he really have more companionship?

These two scenarios are based off an old man I once observed who I found to be odd, depressing, and isolated from the people around him. This method of observance is more for inspiration rather than research.

Another, less contemplative or scientific way to people watch is to listen.

This method works best where people cross you at a high frequency. Listen in to the pieces of conversations of those around you and write them down. I normally leave the description of the person who said the quote out, unless it was particularly poignant (as you shall see).

Because of the nature of listening into a conversation right in the middle, these pieces can be quite funny without any sort of context to explain them.

Here are a couple of the quotes I’ve collected:

And my favourite, said in perfect innocence and admiration by a young boy pointing off into the distance at something I never saw, “It’s BIRD WOMAN!”

I like to people watch outdoors with a notebook and pen. Especially at intersections, but coffee shops, malls, parks, grocery stores are all wonderful places to watch and listen. There’s nothing like building a collection of quirks and characteristics, invented life stories, and quotes from strangers. I haven’t ever added any of my quotes to my stories (though I think the Adventures of Bird Woman should be in the works), but I’ve definitely added quirks and characters into my stories based on my observations.

Of course you might not go out into the world intentionally people watching, but I suggest to always keep that writerly part of your brain tuned into the world around you. You never know when you might encounter that special person who will inspire your latest story.

What are your methods for people watching? What’s the strangest thing you’ve ever observed? 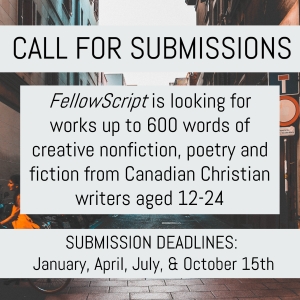